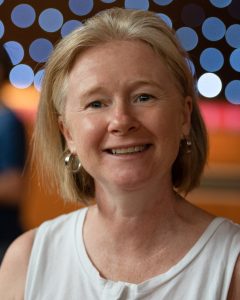 Kate is an experienced drama facilitator and community theatre director with thirty years experience. She began as a volunteer in Drumchapel and has worked across the West of Scotland for most of her career. Kate has a BA in Community Arts. Working with a  variety of community groups ranging from pre-5s to elderly groups and has extensive experience working with people in recovery from addiction, young people who are at risk of offending and people who are often isolated and marginalised from mainstream activities. She also has extensive experience in delivering creative training programmes to primary school teachers in East Dunbartonshire.

Her work includes processed based workshops and projects as well as devising and directing theatre. Kate’s practice is based on using drama as an effective tool to engage people in the process of participation rather than working with people solely to create theatre, which can often be the outcome but not the priority.

Kate attended training with Brazilian theatre practitioner Augusto Boal in the 1990s and has since been an advocate of his work, in particular Forum Theatre. 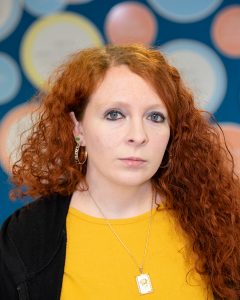 Suzanne has been working in the arts for over 20 years, developing her skills and putting into practice her belief that being creative is integral to people’s health and wellbeing.

Suzanne’s current main role is Project Manager, involving all the day-to-day practicalities of the projects so that artistic dreams can be achieved, specifically good budget control, meeting the needs of the participants and maintaining the company’s profile on social media and website.

At Barrhead Drama, Suzanne fully employs her drama facilitation skills and loves devising work with children and young people. Over the years, this has been with the Citizens’ Theatre’s Kids@Citz & Nightschool classes, University of Glasgow – Gilmorehill G12 and Creative Therapies.

Suzanne graduated from Motherwell College’s Acting & Performance Course. She has a SQA Level 2 qualification in British Sign Language and has trained in Autism Awareness, First-Aid and Child Protection. 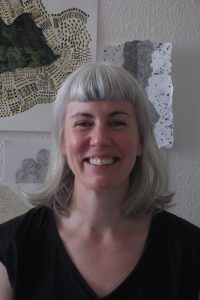 Rachel trained in the Environmental Art department at Glasgow School of Art and is a visual artist with over twenty five years of experience of working in diverse community contexts. She facilitates projects in collaboration with groups, individuals and other creative professionals.

Past engagement projects include collaborations and residencies with the following: The Gallery of Modern Art in Glasgow, The Hidden Gardens, The Crichton Royal Hospital, The Scottish Refugee Council, The Citizens’ Theatre and In Cahootz.

Her work is rooted in the engagement of site, community, and research. She has been a tutor at the University of Strathclyde’s Architecture Department and a visiting tutor at Glasgow School of Art where she shares her experiences and extensive knowledge of working creatively with communities.

Rachel also continues a studio-based practice, researching and exhibiting her own work.

Annmarie graduated with an HND in Acting & Performance and has performed and toured to many audiences throughout the UK. She was nominated for a Scottish BAFTA for her performance as Chantelle in Ken Loach’s film Sweet 16. Annmarie appeared in BBC Scotland’s River City as Hazel Donachie for four years.

Her love for Community Drama started in 1993 when she attended Dunterlie Youth Theatre in Barrhead, at that time being run by Kate Black. This led to her doing work experience and then assisting Kate on many projects over the years.

Along with Suzanne Brady, she has successfully set up a kids’ drama group in Barrhead. Annmarie has always been heavily involved in anything that is happening in the community. Her effort and work in Barrhead was recently recognised when she won the 2019 All about Barrhead Board Award.

Drama, community and empowering people are at the heart of everything she does. 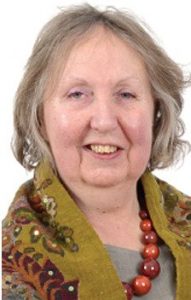 Phyllis holds a life-long belief in the arts being a powerful tool for personal development and social change.  Over the years she has worked in a number of artistic roles in leading community-based as well as mainstream arts organisations, ensuring that as many children and adults have access to creativity and a sustainable arts provision. She has worked with a whole range of artists and art forms and was the forerunner in developing the concept of inclusive arts in Scotland in the late 1990s.

Her current role at In Cahootz uses her management skills to support the development of the different projects and includes long term strategic planning, fund-raising and overseeing the evaluation of the company’s programme of work.

Phyllis is a graduate of the University of Strathclyde, a Gestalt-trained Coach & Mentor and is In Cahootz’s Company Secretary.