In collaboration with Turning point Scotland. In Cahoootz performed Haw Hen by Martin Travers in September 2017.

The research conducted by incahootz with women from across Glasgow was fascinating. Haw Hen draws on the hopes, opinions and fears collected in this research and In hope that we gave a level platform to the Ayes, the Naws, the Cannae Make Up Ma Minds and the Cannae be Bothereds. 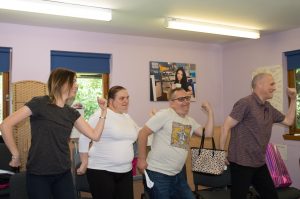 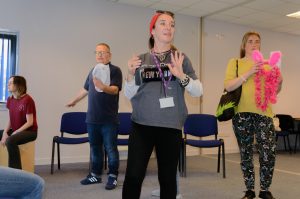 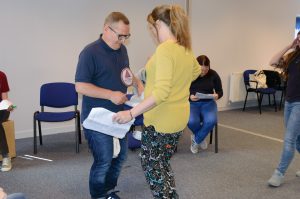 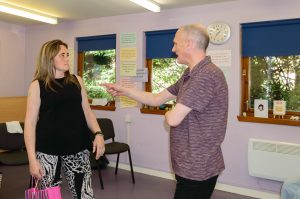 Haw Hen is set around a hen night that takes place on the day of the referendum. Where all opinions are laid out to be explored. Undecided voters, those who just don’t care, the yahooing yes’s and the Noisy No’s. All thrown together on a banged up boogie bus. Will the bride ever make it down the aisle???? 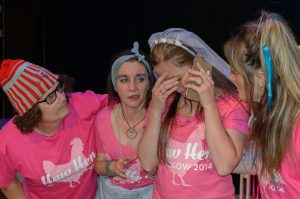 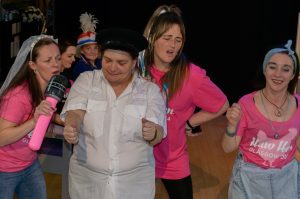 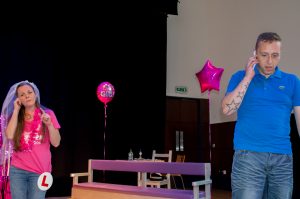 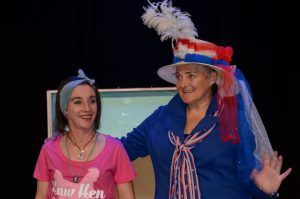 “The cast are brave people who decided to lift up a script and take a part.  Hats off to them, they’ve worked incredibly hard and have done a great job!” – Kate Black , Director

“The cast have been brilliant and brave taking on and owning the play”.  – Martin Travers – Playwright

“I have enjoyed this experience it came along at the right time for me. I have become mire confident and able to mix with new people more openly.” – Cast member

“It was an enjoyable experience and I cant fault it. Just wish there was a chance to do more.” – Cast member