Our governing body meets approximately four times a year, including an AGM. The Board provides considerable support through their knowledge, expertise and experience in education, participation, the arts, finance and business. 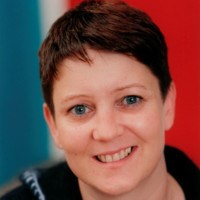 Jane has been working in the field of Education & Outreach at Scottish Opera for over thirty years and is responsible for the delivery of lifelong learning and participation through the art form. From infants to the elderly and from the mainstream education sector to groups working with specialist minorities, she has developed programmes, workshops and performances for every strata of the Scottish community.

Jane represents Scottish Opera’s interests in national and international initiatives such as the Scottish Government’s education initiative: A Curriculum for Excellence and is a member of the Scottish Parliament’s Cross-Party Group for China. She is a founder member of RESEO – a European umbrella organisation for those involved in opera education across 50 of Europe’s opera, ballet and contemporary dance companies. Jane is currently In Cahootz Chair. 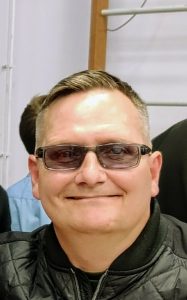 Philip joined the Board in October 2019 and, as a Director and Trustee, he hopes to give his best to ensure that In Cahootz is a bigger success than it already is. Philip is an original member of the Creative Citizens project taking part since 2017 in Haw Hen. He is an integral part of the Creative Citizens Steering Group. He brings a wealth of experience of the recovery community, bringing his expertise, knowledge and contacts to support the company’s development.

Philip also runs ‘Culture Club’ for Creative Citizens, an idea that formed from participants wanting to explore the arts through visiting different arts, theatre and culture events around Scotland. 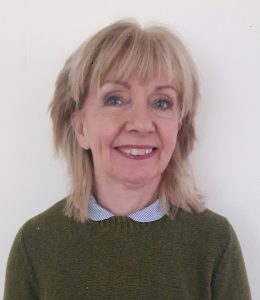 Norma is an experienced arts professional and is committed to supporting artists and communities through the arts. She has over thirty five years experience in differing roles such as managing the craft village at Glasgow’s Garden Festival; coordinating the creative input of the people of East End of Glasgow for the city’s European City of Culture year; arranging a calendar of exhibitions for artists through WASPS (Workshops for Artists Studio Provision Scotland); managing arts and cultural activity for people living in, and visitors to, North Ayrshire in her former role as Head of Culture for North Ayrshire Council.

Norma is now happily working at a slower pace. She is designing and making craft pieces and arranging small-scale arts events. She continues to lobby locally and nationally on the importance of supporting arts in our communities. 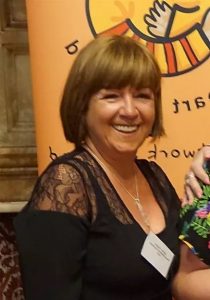 Jackie is the CEO of Parent Network Scotland (PNS) but started her journey in 1994 where she was introduced to the programme working as a Community Development Worker in Drumchapel. As a fully trained facilitator, trainer, mother and grandmother, she knows the importance of family life and is a firm believer in building strong positive relationships and building confidence and skills for families. Jackie’s background is in Community Development and she has had the experience of living and working in Glasgow, North East of England and London.

As a Winston Churchill Travelling Fellow, she is taking what she has learned to further her passion in reaching out to as many families as possible and helping them build powerful, positive relationships. Jackie’s introduction to In Cahootz was through PNS and introducing drama into the delivery of the programmes. She believes that supporting and building people’s creativity is crucial to the wellbeing and healthy mindset within families. 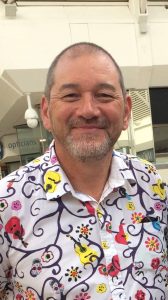 Tony has worked in the medical industry for over thirty years. Starting as a cardiac technician in Liverpool, he moved into the Pacemaker and Defibrillator industry. Currently he is the Territory Manager for Johnson & Johnson’s Surgical Vision business in Scotland. He has a wealth of experience of working with and within the NHS; knowledge of marketing and sales; and brings sound business acumen to In Cahootz in how to be sustainable. Tony is currently In Cahootz Treasurer.

He has a diverse family history and plenty of children to carry this miscellany forward.